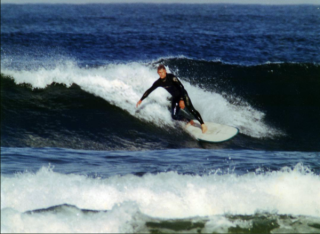 company history about us

When Shaun's favorite scent of surf wax was being discontinued, his wife suggested they make it themselves the way he envisioned surf wax was meant to be made! In his 45+ years of surfing, his opinion is the wax had gotten worse not better. So, after a lot of research and a lot of hard work, formulating and testing in their kitchen, getting rider feedback, and then more fine tuning, they narrowed it down to what in their opinion is a superior surf wax.

About our blends:*Combination blend of waxes used including: non-toxic, natural, biodegradable, organic and vegetable * High quality tackifiers * Our scents are phthalate-free, we use recycled paper to wrap our bars. By adding a very basic, organic compound (that comes from our oceans/beaches) to our surf wax formulas it will help the fight in coral bleaching and the endangerment of marine species.This compound contains a natural substance capable of neutralizing harmful acids found in the ocean.

Try a bar and feel the difference, with less waxing in between surf sessions, and no basecoat needed.

Take off all that other wax and apply our Surf Wax to a naked surfboard, you will be glad you did!

TOADS = Take Off And Dominate Surf

Thanks for stopping by our site, and we'd love to hear from you.